“What I want in my life is compassion, a flow between myself and others based on a mutual giving from the heart.” 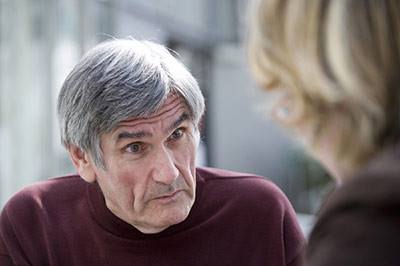 Dr. Marshall B. Rosenberg , PhD. (1934–2015) was the founder and director of educational services for The Center for Nonviolent Communication, an international non-profit peacemaking organisation.
Growing up in an inner–city Detroit neighborhood he was confronted daily with various forms of violence. Wanting to explore the causes of violence and what could be done to reduce violence, he became interested in psychology and received his Ph.D. in Clinical Psychology from the University of Wisconsin in 1961, where he studied under Carl Rogers.
His training in clinical psychology gave him a pathology-based understanding of human beings that left him dissatisfied: “Seeing the limitations of this model stimulated me to search for ways of practicing a different psychology, one based on a growing clarity about how we human beings were meant to live.”
It was out of this drive and his study of comparative religion that he pursued two main questions: what makes humans disconnect from their inherent compassionate nature? And what can help us stay connected to it?
From his enquiry, Nonviolent Communication was born: a ‘language of Life’ that strengthens our ability to remain human, even under trying conditions.
The Center for Nonviolent Communication emerged out of work he was doing with civil rights activists in the early 1960’s. During this period he also mediated between rioting students and college administrators and worked to peacefully desegregate public schools in long-segregated regions.
Since the inception of the Center, the response to Nonviolent Communication training has been extremely positive. It is seen as a powerful tool for peacefully resolving differences at personal, professional, and political levels. Dr. Rosenberg has provided Nonviolent Communication training in 60 countries. He worked with such groups as educators, managers, mental health and health care providers, lawyers, military officers, prisoners, police and prison officials, clergy, government officials, and individual families. He has been active in war-torn areas and economically disadvantaged countries, offering Nonviolent Communication training to promote reconciliation and peaceful resolution of differences.
With guitar and puppets in hand, a history of travelling to some of the most violent corners of the world, and a spiritual energy that fills a room, Marshall Rosenberg touched many people’s lives, and inspired them into remembrance of their inherent compassionate nature. His work lives on through hundreds of trainers throughout the world, helping to create a more peaceful and fulfilling Life for all.
Dr. Rosenberg died peacefully at home, with his wife Valentina and all his children by his side on February 7th, 2015.

Sources: www.cnvc.org and ‘Nonviolent Communication A Language of Life’ by Marshall Rosenberg.

NVC Courses Available
Talk to us about customised training for your needs.